Orders received in the previous year improved by 6.3% to € 4.4 billion and so exceeded expectations. The Voith Paper Group Division made a particular contribution to that, growing its orders received strongly by 24%. Orders on hand at the end of the fiscal year remained at a high level and were € 5.2 billion (previous year: € 5.3 billion). Sales at the Group were € 4.2 billion and so, as forecast, were able to be maintained at the high level of the previous year, despite a challenging market environment.

Operating business developed positively in the company’s 150th anniversary year with a further increase in the profitability of its core business. The profit from operations at its three traditional Group Divisions Voith Hydro, Voith Paper and Voith Turbo rose to a total of € 304 million (previous year: €295 million); Voith Paper stood out here in particular, posting a hefty increase of 40%. The return on sales from core business rose to 7.3% (previous year: 7.0%); the ROCE (return on capital employed) increased to 15.9% (previous year: 15.1%).

The cash flow from operating activities also developed very well (€ 135 million). However, the profit from operations reported for the Voith Group as a whole fell as forecasted to € 241 million (previous year: € 275 million), mainly due to the planned start-up costs for Voith Digital Solutions.

The start-up costs for Voith Digital Solutions amount to around € 45 million in the current fiscal year. The Group’s net result climbed to an all-time high of € 596 million (previous year: € 29 million). 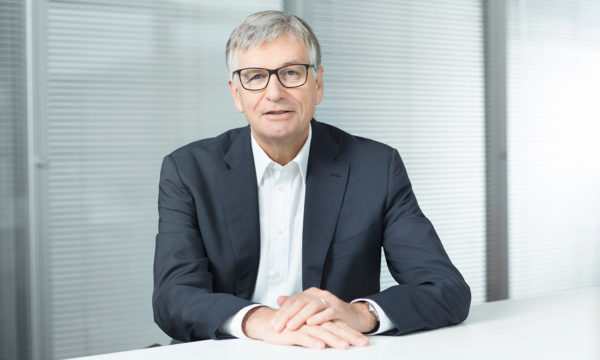 The high proceeds from the sale of KUKA meant a significant improvement in the Group’s financial position in the past fiscal year. The equity ratio in the Group reached a historic high of 27.3% (previous year: 14.9%). The Voith Group’s financial strength also improved sharply. Net liquidity increased in the same period to € 648 million (previous year: € 168 million).

“Fiscal 2016/17 was a good year for Voith – with a clear confirmation that our operational earnings power has grown sustainably, a comfortable financial position and a significant improvement in our balance sheet. We’re fully on track to achieve our goal of positioning Voith as a significant shaper of the digital industry,” stated Dr. Hubert Lienhard, President and CEO.

Clear focus on issues of the future

The Group pressed ahead with implementing its digital agenda in the past fiscal year. All initiatives at the Voith Digital Solutions Group Division are going according to plan. In the two fiscal years 2016/17 and 2017/18, Voith is investing a total of around € 100 million in developing digital products and services, on top of the around € 225 million the Group spent on research and development (in fiscal year 2016/2017). The Group thus increased its forward-looking investments appreciably. The expenditures for research and development in the past fiscal year amounted to 5.3% of sales.

Alongside work on developing the Digital Solutions Group Division, which was established in 2016 and already has approximately 1,400 employees, Voith also worked on expanding its portfolio of digital offerings successfully in the past fiscal year. In March 2017, for example, Voith Digital Solutions launched the “merQbiz” trading platform, the world’s first digital marketplace for recovered paper, in Manhattan Beach near Los Angeles, USA.

In addition, Voith Digital Solutions is working together with the three traditional Group Divisions on numerous incubator projects. The first of these applications will have their market debuts in early 2018. As part of its digital agenda, Voith also made an initial acquisition in this field by purchasing a majority share in the digital agency Ray Sono. Voith also established its own Voith Innovation Lab in Berlin in the past fiscal year. The new unit will support the entire process of innovation at the company in the future with methods such as design thinking and scrum.

The Voith Hydro Group Division can look back on a satisfactory 2016/17 fiscal year in which sales and profit from operations remained at a high level and its return improved slightly. However, the market volume and Voith Hydro’s orders received were well down on the previous year owing to delays in the award of hydropower projects.

At Voith Paper, there was impressive confirmation of the turnaround that was initiated last fiscal year. The Group Division operated very successfully in an improved market environment, increasing orders received sharply and its sales slightly. Growth was driven by sharply improved project business (new machines and major rebuilds). The restructuring measures of previous years are having a clear impact. There was a strong above-proportionate increase in profit from operations and the main return ratios over the previous year.

Voith Turbo performed pleasingly in a market environment that remained challenging for the most part. As expected, sales and profit from operations declined due to the fall in orders received in the previous years. However, orders received grew appreciably, surpassing expectations.

Outlook: Voith Group on a good footing for future growth

The Group anticipates perceptible growth in sales and a further increase in orders received for the 2017/18 fiscal year that has just started. The profit from operations in core business is also expected to improve. Voith continues to shoulder the start-up costs for the Voith Digital Solutions Group Division from current operations. Even taking into account these additional investments, which are once again expected to be well in the double-digit million range, the Voith Group’s profit from operations is to increase slightly.

Voith also feels confident about its business beyond the current 2017/18 fiscal year. “Following the fundamental groundwork and changes in the past years, the Group is now fully agile, both strategically and financially, and is in good shape operationally to overcome the challenges the future holds,” summed up President and CEO Lienhard.