The tissue paper sector is one of the pillars of the Tuscan industry (Italy). In this region, 80% of the national production of tissue paper is made (17% of the European figure), with approximately 1,200,000 t / y. In particular, the most important national producers of papers for hygienic-sanitary use are located in the Lucca district, which rank first in Europe with 21% of production volumes. So think that, behind the tearing of a sheet from your roll of toilet paper or from any other type of absorbent paper, there is a long production chain that we can easily define one of the spearheads of Made in Italy in the world.

In this regard, let’s analyze how one of the most common everyday products in the life of each of us is made, starting from the raw material up to the formation of the sheet of paper.

In today’s production process, the raw materials used are divided into:

The former, consisting primarily of the so-called wood pulps obtained in order to separate the cellulose from the lignin, constitute the main and indispensable ingredient of the paper itself. The non-fibrous raw materials, also called auxiliary products, are in turn divided into glues, fillers and coloring substances and contribute to giving the finished product some characteristics such as weight, thickness, permeability, color and printability. Moving on to the actual production cycle, this can be very briefly divided into 4 main phases, which in turn include numerous other processes:

These phases remained separate until the invention of the paper machine in 1798 by Lous Nicolas Robert, a historical turning point that marked the beginning of the industrial production of paper as we understand it today. It all begins with the arrival at the paper mill of mechanical, thermo-mechanical or chemical cellulose pulps in the form of dried bales that will be periodically collected, sent to the department for preparation and subsequently conveyed to the pulper.

At the end of the pulping phase, the suspension obtained will first be filtered thanks to the grid on the bottom of the pulper and then discharged and stored in special storage tanks. At this point, the stock obtained will have to undergo a first purification process to eliminate any heavy contaminants, such as debris and ferrous materials, accidentally introduced and harmful to the operation of subsequent machinery. This process will be carried out through the use of High Density Cleaners which, by swirling the stock and thus exploiting the different specific weights of the objects, will separate the foreign bodies.

To be sure of obtaining a homogeneous fibrous mass, the pulped stock will be subjected to further treatment in order to separate the fibers through the use of machines known as deflakers. At this point, the cellulose fibers will not yet be suitable for the production of a high quality paper sheet, and for this reason further mechanical processing will be necessary: ​​refining, through which it will be possible to modify the physical structure of the fibers to allow the formation of a homogeneous and consistent sheet. The fibrous suspension will then pass to the mixing tank (or the active blenders, as we will see later), where the glues, fillers and, possibly, dyes will be added. From here the product obtained passes to the headbox of the tissue machine.

The function of the headbox is to ensure that the forming area of ​​the tissue machine is fed uniformly by means of a constant and homogeneous extremely diluted flow, obtained by releasing the fibrous suspension along the entire width of the fabric. The resulting mixture will then come out of the headbox to reach the forming fabric of the machine.

This is where the felting takes place: the fibers of the suspension intertwine and overlap, welding together, forming a first thin layer of felt and whose gradual increase gives rise to the sheet. At the same time, part of the water present in the suspension will be drained thanks to the combined effect of centrifugation and squeezing through the forming fabric, thanks to the particular path of the fabric itself around the mould cylinder. Once this phase is over, the amount of water still present in the fibrous layer will be around 80%.

In order to further reduce this quantity, presses will be used that will eliminate the excess water by mechanical pressure. At the same time, the sheet will be transferred from the felt to an internally heated cylinder called Yankee Dryer, passing through a nip formed by a suction press roll and the Yankee Dryer itself. The suction press consists of a cylinder with a metal casing, equipped with a coating in synthetic material on which holes are made that also pass through the metal casing itself. Inside the shell, there is a suction box connected to the vacuum system, which will suck the air that is held against the inner surface of the casing through a collector tube connected to a vacuum pump. The main function of the vacuum is to eliminate the air present in the holes in such a way as to allow the housing of the water inside them, which will then be extracted by centrifugation as soon as the effect of the vacuum ceases.

After passing through this nip, in the case a Tissue machine with one press is used, the sheet will adhere to the Yankee Dryer and will then move on to the phase of removing water by evaporation, reducing the percentage of humidity of the sheet from 60-65% to about 5%. If, on the other hand, a two-press Tissue machine is used in order to remove a further quantity of water before the evaporation phase, after the first nip the sheet will pass through a second nip formed by the Yankee Dryer itself and a second press called blind drilled press roll.

The drying of the sheet by evaporation will take place both thanks to the heat emitted from the external surface of the Yankee cylinder, due to the pressure of the steam present inside the cylinder itself, and thanks to the high speed hot air blown by the hood system.

At this point, the sheet will be removed from the Yankee cylinder thanks to the action of a creping blade. At the same time, this blade will also give the sheet a microfolds structure responsible for the characteristic softness and bulkiness of the tissue paper. The creping effect depends on some factors, such as the degree of adhesion of the sheet to the Yankee Dryer, the angle between the creping blade and the tangent to the Yankee surface and the difference in speed between the dryer cylinder and the winder.

The sheet thus detached from the Yankee will be wrapped around a core (pope) using different rotation speeds, in order to avoid losing the creping effect obtained previously. The result will be a reel of several quintals and of the desired length, which will be removed from the continuous cycle and transported to the rewinder. In the rewinding phase it will be possible to couple the plies of multiple reels, thus creating paper reels with 2, 3 or 4 plies, or proceed with an eventual slitting of the reels themselves, reducing their width to adapt it to the format requested by the converters. The final stage of the process consists in the packaging of the finished reel, which will be suitably identified and moved to the appropriate warehouse.

Processes with the highest energy consumption

As we have seen, the production of tissue paper is made up of numerous phases which overall give rise to an extremely energy-intensive process. It therefore becomes essential to understand which processes contribute most to the energy consumption of the system and, above all, how to intervene to reduce these consumption. As for the stock preparation phase, the most energy-intensive processes are:

— Pulping, both in terms of energy used for the disintegration of the cellulose sheets and in terms of pumping energy of the dilution water

Moving on to the actual tissue machine, it is necessary to pay attention to the consumption related to the following components:

The areas on which it is possible to intervene are, as we can see, a good number. So let’s see briefly the solutions proposed by A.Celli for reducing the consumption of a tissue plant. 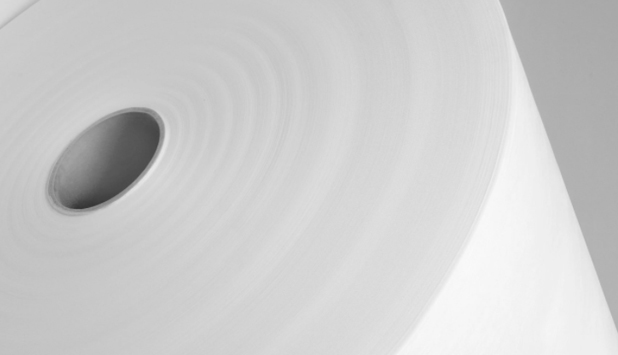 Energy consumption is increasingly a crucial element to be taken into consideration in modern Tissue plants that want to reduce their costs while maintaining the same production volumes or even increasing them.

A.Celli, thanks to the innovative spirit that distinguishes it and having clear the needs of its customers, has designed and implemented a series of specific solutions to allow you to reduce the costs related to energy consumption as much as possible. Taking up the list in the previous paragraph, we will illustrate below the solutions we have adopted and, where possible, the energy savings that can be obtained in relation to each specific processing phase:

— Pulping: use of medium density pulper for virgin fiber, with variable speed main motors and use of dilution water recovered from the subsequent production phases. Energy saving: 20%

— Use of agitators with variable speed and variable-pitch propeller. Energy saving: up to 15%

— Use of variable speed pumps with flow or pressure control. Energy saving: 15%

— Use of highly efficient refining systems. Energy saving: up to 20%

— Adoption of smaller, more efficient and less expensive active mixers instead of mixing tanks. Energy saving: up to 8%

— Optimization of the path of the felt to reduce the costs related to the vacuum utilized for conditioning. Energy saving: 25% of the total machine consumption for the vacuum

— Adoption of recovery boilers for the reuse of high temperature steam from the dryer, heat exchangers for HVAC and process water and control of the humidity of the fumes through variable speed fan. Energy saving: up to 18%

— Mist removal system with particular layout and variable speed. Energy saving: up to 15%

— Broke pulper with variable speed rotor. Energy saving: up to 15%

Read TissueMag now
Welcome !
The latest issue of TissueMag will soon open in this window [ 5]
does not seem to be a registered email.
Maybe an error while typing? Otherwise register now to read the E-Magazine, it is free!
We use cookies on our website to give you the most relevant experience by remembering your preferences and repeat visits. By clicking “Accept All”, you consent to the use of ALL the cookies. However, you may visit "Cookie Settings" to provide a controlled consent. Read our Privacy and Cookie policies
Cookie SettingsAccept All Reject All
Manage consent

This website uses cookies to improve your experience while you navigate through the website. Out of these, the cookies that are categorized as necessary are stored on your browser as they are essential for the working of basic functionalities of the website. We also use third-party cookies that help us analyze and understand how you use this website. These cookies will be stored in your browser only with your consent. You also have the option to opt-out of these cookies. But opting out of some of these cookies may affect your browsing experience.
Necessary Always Enabled
Necessary cookies are absolutely essential for the website to function properly. These cookies ensure basic functionalities and security features of the website, anonymously.
Analytics
Analytical cookies are used to understand how visitors interact with the website. These cookies help provide information on metrics the number of visitors, bounce rate, traffic source, etc.
Advertisement
Advertisement cookies are used to provide visitors with relevant ads and marketing campaigns. These cookies track visitors across websites and collect information to provide customized ads.
SAVE & ACCEPT